What is Load In Generator?

Generator load is the amount of appliances your generator powered. These include things like refrigerator, cooker, television, air conditioner and many more to be listed. In other words, Generator loads are anything used with electricity that you want to power with your generator.

However, most individuals don’t know how their generator works and the amount of load they should be powered with. And this had caused many generators especially its alternator coil to be damaged beyond repairs.

A generator is meant to power appliances at a normal speed, but when it comes in loading the generator to a high load above the required level, generator owners will be forced to increase the speed limit of their generator so it will be able to power the loads.

And at this stage, the speed will decrease, but when the loads are unplugged, it will increase destroying anything that isn’t powerful enough that is plugged with the generator. Lastly for a generator to last long, ensure you don’t increase the speed to power your equipment or ensure you don’t overload your generator.

Yes, load does affect generator fuel consumption. The amount of fuel your generator needs to consume at the normal load rate will be increased by 10% when you decide to have more load or appliances to it.

For instance, you bought a portable generator for power necessary appliances, but there’s a need for you to iron your clothes because of a power outage you decide to use your generator. When you plug in your iron, there will be a power jack, a decrease in speed and also a decrease in voltage.

In addition, loading your generator all depends on the type of generator you are going for, if you want to power a high load, go for bigger generators like the standby generators.

Will Overloading A Generator Damage It?

There’s no way you overload your generator that you won’t increase its speed and fuel consumption. However, apart from these, there are still chances that overloading it might cause the generator to be damaged.

Hence, here are a few things that could happen when you overload your generator.

When you add more loads to your generator than the required load needed, your generator might trip off because the loads on the generator have more power than what’s recommended by the manufacturers. And in most cases, this leads to the damage of your generator. However, sometimes, the circuit breaker would be the one to break off, and this usually happens when there’s an increase in speed.

A generator that is supposed to have a lifespan of 20 years and more might be forced to reduce its lifespan to 10 years when being overloaded. This is as a result of the generator overworking than how it’s supposed to work.

For instance, your generator might start removing white smoke in a short period of time. Let’s say a normal generator is supposed to be used a year before smoking, but when overloaded it will be used approximately six months before starting to emulate white smoke.

And in some cases cause the generator to be damaged when existing for a certain period. At this time, the generator will develop different problems that will make it hard for your generator mechanic to fix it.

Your generator alternator is forced to perform a function it wasn’t designed to do which is powering appliances higher than the recommended appliance. And as for the engine, it might over work in less than, which can also cause it to have a reduction in lifespan.

When a generator is overloaded, there might be an unpredictable engine failure. This may be as a result the generator losing control from its governor, or its connecting rod from the engine crankcase loose or breakdown or verve losing its pressure.

In addition, your generator might end up causing a lot of noise when being overloaded. And if you are the kind of person that doesn’t like noisy generators, it’s advisable you allow it to run at a normal speed while working, and not overload it.

So, in as much as it’s important for you to power your appliances, which might be too much for your generator; you can try to get a better one that can take in the load without disturbing the generator. That’s why it is important you know how to pick the best generator before going for any, to avoid issues like overloading and fuel consumptions. 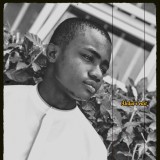